During the summer months dolphin or mahi as they are commonly known become one of the most sought after fish species in our waters.  It shouldn’t come as a surprise since these fish are one of the most colorful, aggressive, and acrobatic anywhere. 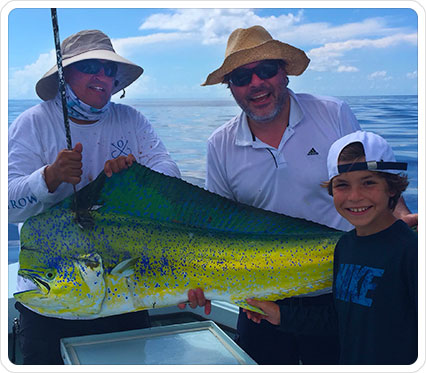 Aside from being a great game fish, mahi are also one of the finest eating fish out there.  Starting around June, dolphin school up in the Gulf Stream looking to satisfy their voracious appetite.

Most fish can be found cruising along weed lines, feeding on all of the smaller fish that call them home.  The larger fish like to spend their time chasing larger prey, especially flying fish. 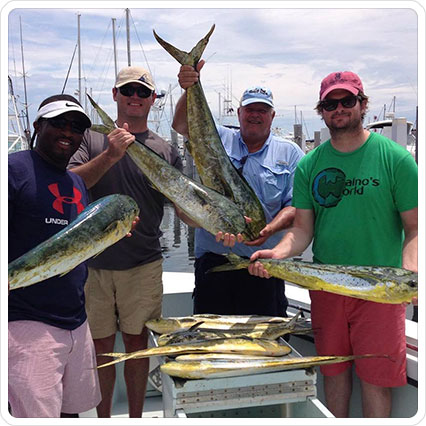 Many times, these larger fish force bait fish such as flying fish to the surface where marine birds such as Man-O-War also known as the Frigate bird will hover above the action waiting for their chance to swoop down and pick off one of the fleeing bait fish.   Birds are often the best way to locate mahi both in large schools and in small pods.

Why Run and Gun

Due to their aggressive nature dolphin can be targeted in using several methods.  Many choose to simply troll lures or rigged baits along the surface in hopes of enticing a bite. 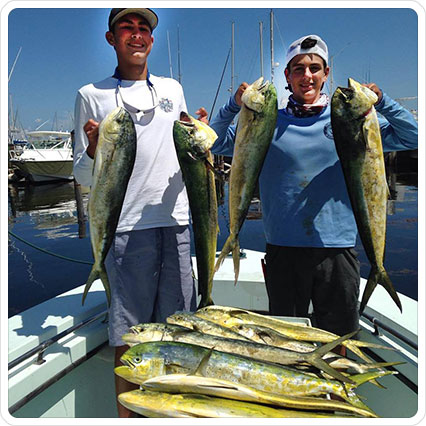 Trolling can work well at times and occasionally will even produce some very large fish sometimes called “slammers” or “super slammers”. The only disadvantage to trolling is that the slow speed limits how much real estate can be covered. 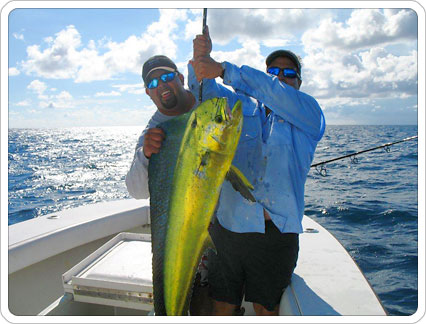 Fish move around day to day and hour to hour and sometimes take several hours to locate when moving at trolling speeds.  Anglers looking to locate fish more efficiently may choose the “Run and Gun” method.

Running and gunning basically means that the boat doesn’t stop or slow down unless signs of fish are detected.  Once fish are detected, any combination of lures, cut bait, and or live bait can be pitched in an effort to entice a bite.

Anytime you are fishing for dolphin you stand a chance of hooking into a white or blue marlin.  Marlin have been known to feed around schools of small dolphin.  Every year, stories arise of the marlin that surprised everyone.  It is important to keep this possibility in the back of your mind in case the opportunity of a marlin presents itself. 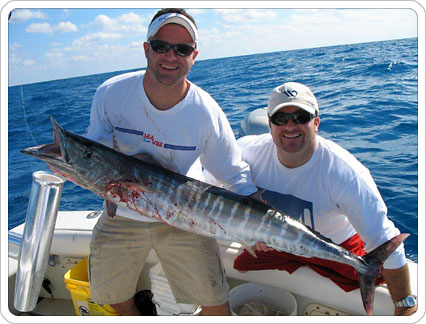 Another common catch made by dolphin fisherman is that of wahoo.  Wahoo can often be found way below the dolphin especially when the fish are under a piece of floating debris.  Once one of these floating fish attractors is located the best technique to use is to either drop a jig down or troll deep lines around the floater.  It is this element of surprise that makes dolphin fishing so enticing and addicting.