Capt. 'Orly' Muniz was drawn to the ocean from a very early age.  Growing up in Miami gave him the opportunity to spend a lot of time pursuing his passion of fishing.  Since he didn’t come from a fishing family he had to basically work his way up the ranks. 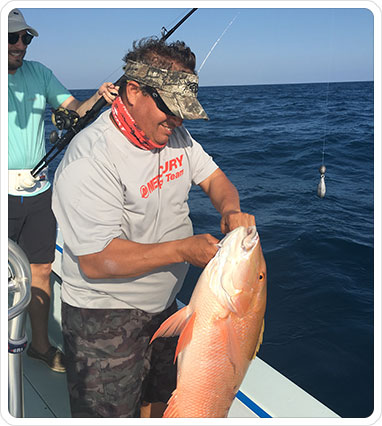 The early years were spent fishing from shore for snapper, snook, mackerel, sea trout, sharks, and anything else that would pull some drag.  Later the fishing moved over to the local party boats where he was introduced to species such as kingfish, and dolphin or mahi-mahi.  In the early 90’s he was introduced to live bait and kite fishing for sailfish, tuna, and wahoo.  It was at this point that he decided that he wanted to someday get his ticket (captain’s license) so that he could share his passion and knowledge of the sea with others. 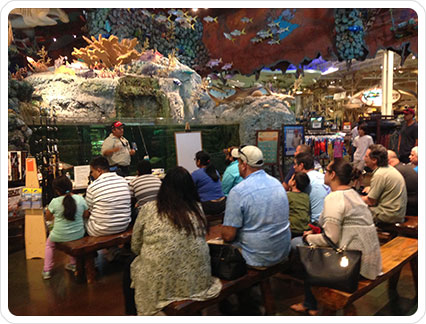 Many moons later after graduating from Barry University with a degree in education he decided his time had come.  In 2006, he earned his captains license and established Nomad Fishing Charters.  Ever since its inception, the goal has always been to provide clients with the best fishing experience possible despite their own inexperience.  Captain Orly prides himself in using his teaching background and experience to educate those fishing with him in a way that helps them understand the fishery and the intricacies that relate to it.  His goal on every trip is to provide everyone with a safe and enjoyable experience insuring that they become clients for life.

Nomad is a custom built 28' Whitewater open fisherman powered by a pair of 2020 Mercury 150 HP four stroke outboards designed to get you to the fishing grounds quickly and safely. The “Key West Style” boat was designed with light tackle sport fishing in mind and holds 250 gallons of fuel giving it excellent range. 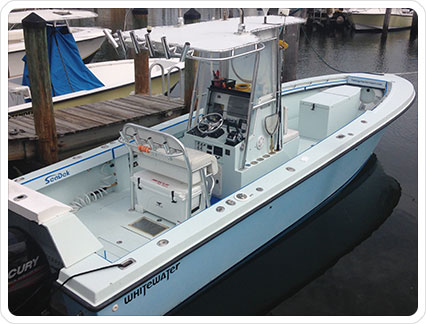 Plenty of rod holders allow us to carry a wide range of quality rods and reels from names like Daiwa, Shimano, Shakespeare, for just about any of the targeted species.  Besides the gear, all outfits are spooled with premium line and top of the line terminal tackle in order to keep your fish of a lifetime connected.

Two large livewells hold enough live bait for just about any fishing situation. After catching some fish, a huge coffin style box will hold plenty of ice to insure that your catch stays fresh. Another smaller Orca cooler will keep all of your drinks and food cold for the day.  The boat is also equipped with quality electronics from Garmin, Icom, and Clarion as well as all of the required Coast Guard safety gear from names like Orion and Revere.